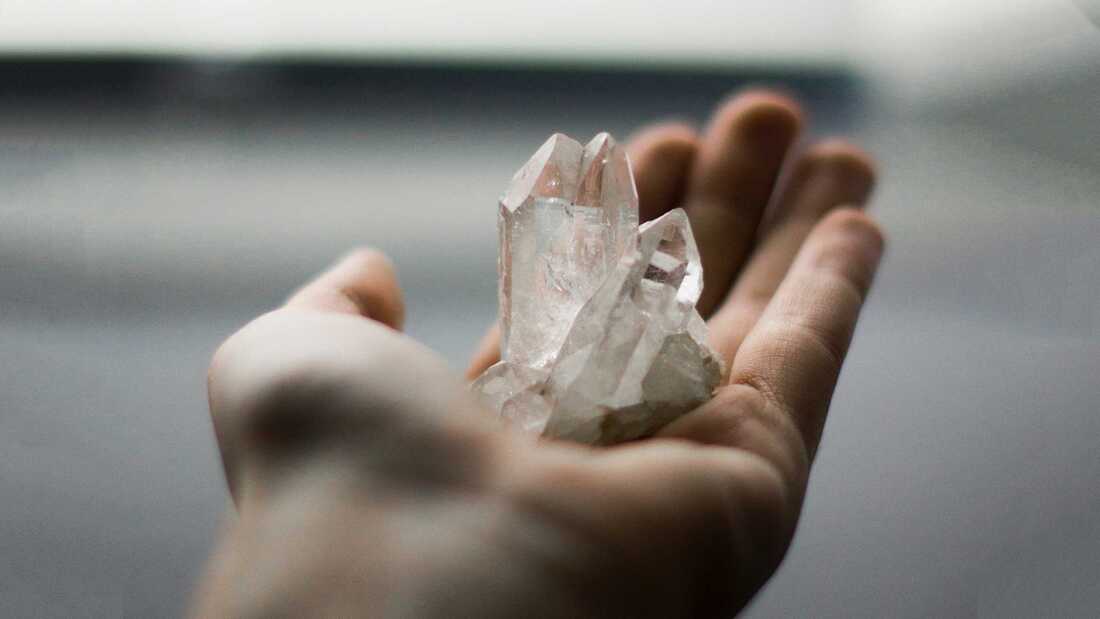 Photo courtesy of Kira auf der Heide/​Unsplash
By English Taylor
​writer for The Natural
Type ​“crystals” into Etsy’s search bar and no less than 1.7 million results will appear. Make that more specific to ​“healing crystals and stones” on Google and you’ll land on more than 800,000 results. Needless to say, crystal healing is making its mainstream debut.
“Crystals give people an incredible amount of pleasure,” says Seann Xenja, a gemologist and owner of Sebastopol-based Treasure Crystals. ​“Some people simply love the appearance of crystals, while some, on the other end of the spectrum, very much believe in crystal energy and healing.”

Xenja, who professionally helps clients strategically decorate crystals throughout their homes and businesses to help with energy balances, adds that crystals have been used as art, sacred objects, jewelry, and healing tools since ancient times. Traditional Chinese Medicine, which goes back 5,000 years, has used crystals to correct imbalances in organs and bones. Ancient Egyptian pharaohs and judges donned lapis lazuli jewelry because it was believed to promote wisdom and knowledge. More recently, crystals have been used in microphones and laser beams due to their electrical properties. Whether used for decorative, medicinal, or scientific purposes, we can’t help but be curious about the power of these natural objects.

But first, what exactly are crystals?“

Crystals can be composed out of a single mineral or multiple. For example, diamonds are a pure type of crystal made only from carbon. But other well-known crystals like turquoise, amethyst, and rose quartz are made up of many minerals.

​“Most of the crystals you’ll find are going to be a combination of minerals,” explains Xenja. ​“One of the foundation minerals in crystals is quartz, which is made from the elements silica and oxygen. Quartz is a component of many crystals like jasper, tiger’s eye, agate, chalcedony, and many more.” 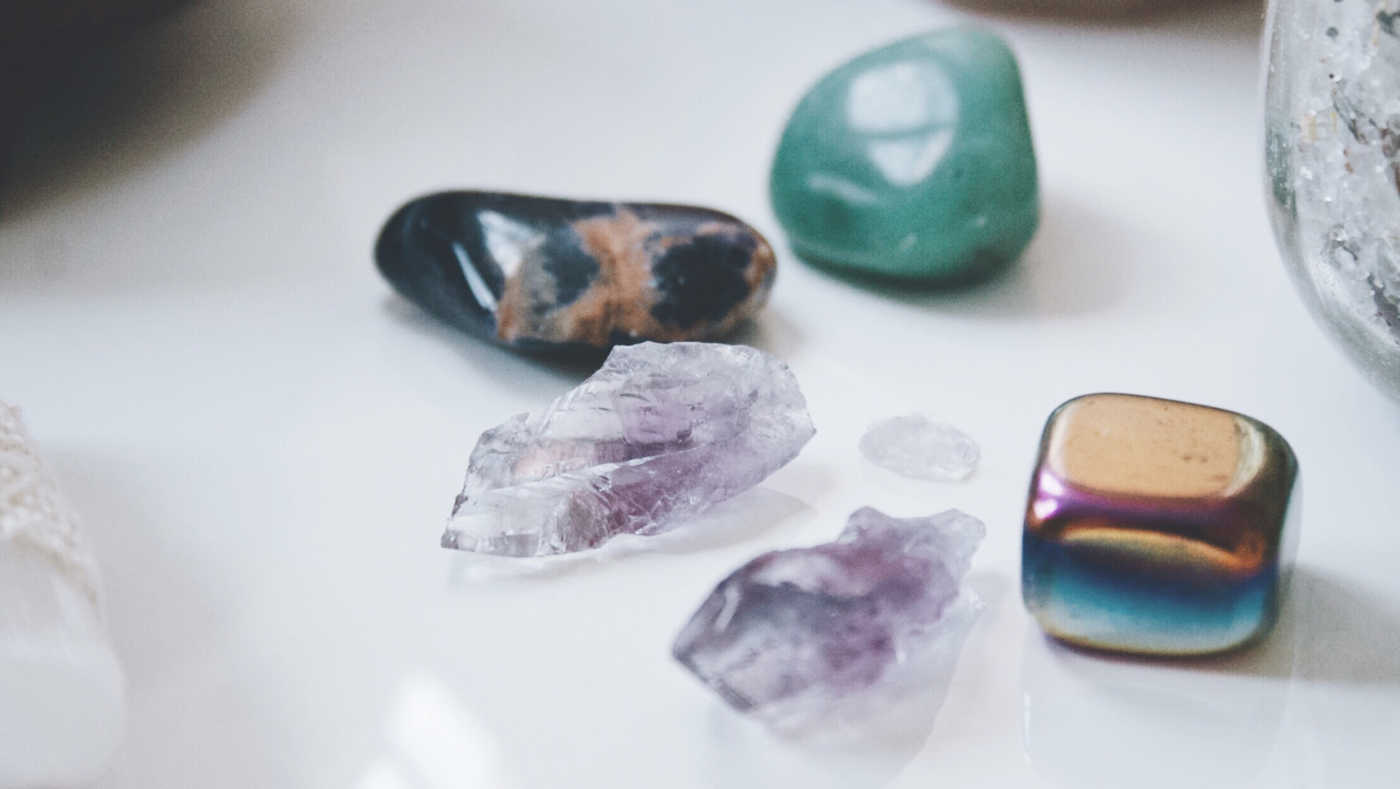 Photo courtesy of @johnna.lafaith/Twenty20
So, what’s the deal with crystal ​“vibrations”?
Crystals are a part of science. Believe it or not, the vibration that crystal fiends refer to often is all about electricity. ​“If you take two quartz crystals and vigorously rub them together in a dark room, you’ll see flashes of light,” adds Xenja. ​“Electricity is generated from the pressure.”

But can this electrical energy actually impact human energy? Xenja believes it can. The energy, he says, can harmonize with the body’s electrical field — helping a person feel more balanced, calm, energized, or just plain better. This works the same way for physical spaces. The vibrations and electrical energy from crystals in your home can help give a certain room a new type of energy.

“I think it’s possible that this electrical energy can interact with the electrical field of the body,” says Xenja. ​“After rubbing the two quartz crystals together, it makes sense that electrical energy would be passed to the body. I’m confident the body’s electrical voltage would safely go up by a very, very small amount.”

The energy, however, is not meant to be a cure-all. Xenja is aware that there’s no scientific research to support his belief or the idea that crystals are healing, per se. ​“Right now, there is only anecdotal evidence about crystals offering medical benefits. I do not believe crystals should be used as a replacement for other medical procedures,” he notes.

Here’s how to get started
​
If you’re interested in experimenting with crystals, Xenja recommends starting small and keeping an open mind. ​“Go into a crystal store that has a strong reputation and knowledgeable staff,” he advises. ​“Just see what you’re drawn to. Hold a crystal in your hand — do you feel better or notice an effect? If you decide to purchase, try meditating with your crystals, carrying them in your purse, or just having them around.”

Amethyst is Xenja’s best-seller, for its supposed anti-anxiety properties. ​“Amethyst is said to be good for anxiety and people who have an overactive mind.” The popular purple crystal is also known to help with addiction and sleep, empowering its followers to place it in their bedrooms, Xenja adds.

​Other examples? Labradorite, an iridescent blue crystal, has a reputation for promoting creativity, optimism, and clear communication, according to Xenja. Try using labradorite crystals in a home office or on your desk at work. And if you’re drawn to green, green chlorite is a great option. ​“Green is a universal healing color,” says Xenja. ​“I often place green chlorite in wellness centers, gyms, kitchens, bathrooms, or other places where someone would like to support well-being.”
Articles from The Natural should not be considered medical advice. If you have any questions about your health, please consult a medical professional. For a link to the The Natural CLICK HERE.